Difference between revisions of "Sheriff"

Sheriff was an arcade game developed by Nintendo R&D1, with code subcontracted to Ikegami Tsushiki, and published by Nintendo in 1979. It ran on a board set with an Intel 8080 central processing unit (CPU). 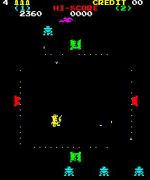 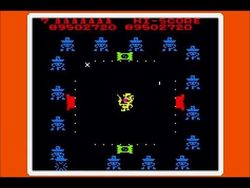