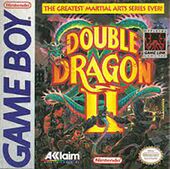 Technōs was originally planning on localizing the game themselves for the western market as The Renegades.