Donkey Kong was first released for the arcade. It was developed by Nintendo Research & Development 1, with code development subcontracted to Ikegami Tsushinki, and was published by Nintendo in 1981. It was the first game in the Donkey Kong series. It was also the first game to feature Nintendo's mascot Mario. As such, it was brought to most of Nintendo's subsequent systems, either as ports or through emulation. 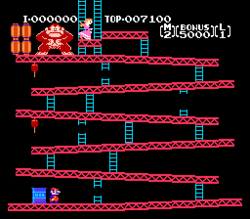 The game was designed with original characters instead, and code development was subcontracted to Ikegami Tsushinki. 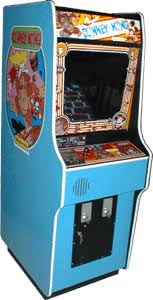 Coleco secured the rights to release the game to home video game consoles. Coleco published it on ColecoVision in 1982, Atari 2600 and Intellivision in 1983, and Atari 7800 in 1986.