Back to the Future: The Game

A 30th Anniversary edition, which celebrated the 30th anniversary of the theatrical release of the original film, was released for Xbox 360, PlayStation 4, and Xbox One on October 13, 2015. It had improved textures and featured the voice talents of Tom Wilson as Biff Tannen. Andrew Chaikin voiced Biff in the original release.

Episode 1: It's About Time 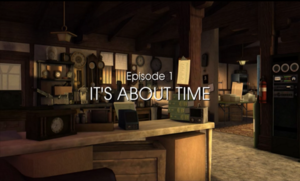 Six months after the events of the third film, since Dr. Emmett Brown hadn't been seen in months, the bank was foreclosing his garage. As the estate sale was being set up, the DeLorean time machine mysteriously arrived, with only Doc's dog Einstein inside. A tape recorder told Doc's assistant, Marty McFly, that the DeLorean was sent to 1986 via the DeLorean's new automatic retrieval feature. It activated when Doc hadn't returned to the DeLorean.

Marty read a newspaper kept by Edna Strickland, the sister of his High School's principal, and learned Doc was killed in 1931. Doc, going by the alias "Carl Sagan", was blamed for the arson of the Hill Valley Speakeasy, and was killed by the bootlegger, Kid Tannen. Marty took the DeLorean back to 1931, to the day before Doc was killed, and visited Doc in his prison cell.

Doc told Marty to convince his younger self to finish his rocket-powered drill. Marty managed to befriend the young Emmett Brown by telling him he was from the patent office, and that he was there to see the drill. Marty then helped young Emmett deliver the subpoenas required by his job as a law clerk, helped finish the drill, and freed Doc from the clutches of Kid Tannen.

With Doc out of prison, Doc and Marty walked back to the billboard behind which Marty hid the DeLorean time machine. However, as Marty and Doc were about to take the DeLorean back to 1986, Marty began to fade from existence. 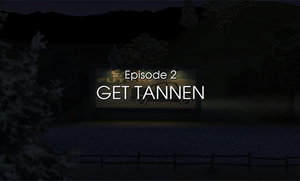 Doc and Marty checked the newspaper Marty got from Edna and saw that Marty's grandfather, Artie McFly, died that night. To prevent that from happening, Marty traveled back to earlier that day to rescue his grandpa from Kid Tannen's gang while avoiding his earlier self. Believing Marty and Doc to be federal agents, Artie went into hiding so that Kid Tannen and his goons couldn't find him.

However, when Doc and Marty returned to 1986, they discovered that, since Artie was Kid's accountant, without Artie's presence Kid never went to prison. Hill Valley was now under mob rule, with the Tannen family, the third biggest crime family in California, controlling everything. Just as Marty was about to be shot by an elderly Kid Tannen, Doc arrived in the DeLorean, saving Marty's life.

Doc and Marty then went back to 1931 again, to ensure that everything happened the way it did before so that Kid Tannen was arrested. Marty needed to convince Kid's girlfriend Trixie Trotter, who had been receiving help about financial matters from Artie McFly, to supply criminal evidence to the police officer who originally did the arrest, Danny Parker, Marty's girlfriend's grandfather, on the night that Kid Tannen was originally arrested. 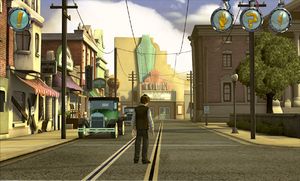 After some convincing, and with some help from the young Emmett Brown's prototype rocket car, Kid Tannen was arrested by Danny Parker, as Kid's secret book of finances provided by Trixie Trotter proved that he hasn't been paying taxes on his income from his speakeasies.

Marty and Doc traveled back to 1986 again, believing that everything was set the way it should. However, the young Edna Strickland fell in love with the young Emmett Brown after he helped put Kid behind bars. Because of this, the course of his life was changed, and when the DeLorean arrived in 1986, Marty crashed it into a billboard and Doc had vanished from existence. 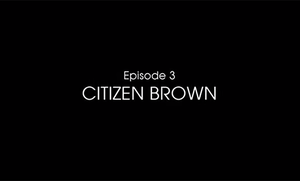 With the DeLorean stuck in a billboard, Marty couldn't get out. He looked down and saw that his girlfriend, Jennifer Parker, was now a delinquent serving a public service punishment of trash pickup. Marty convinced her to give him a tire iron and used it to break the window to get out. Unfortunately, the DeLorean crashed to the ground, and Marty discovered that Hill Valley was now surrounded entirely by a wall. Jennifer drove a golf cart into town, but she wouldn't let Marty come because she viewed him as a "square". However, Marty was able to use one of the DeLorean's hover-tires to go over the wall.

In town, he discovered that his mom was drinking again, his dad was spying on the people of Hill Valley and taping their conversations, and Kid Tannen's son Biff Tannen had been brainwashed into an overly cheery man who became nauseous over even the thought of acting like a jerk. After talking to Biff, and listening to tourist audio about the town, Marty realized that Edna and Emmett ran the town as First and Second Citizen Brown, and the only way to get an audience with Citizen Brown was to get demerits for delinquency.

Biff told Marty the worst offenses were drinking, vandalism, owning dogs, and public displays of affection. Marty took a flask from his mom when he caught her drinking. He saw Jennifer spraypainting a wall and used some spray paint to spray something himself. He discovered that Einstein was a stray dog in this timeline, and took his muzzle off. He then beat a schoolmate, Leech, at playing the guitar and impressed Jennifer. They kissed behind the window of a vegan restaurant and were caught by Edna herself.

Marty wasn't originally able to convince Citizen Brown that he had built a time machine, but after discovering that Biff had knocked his dad out and stolen the tapes that proved that people weren't happy in Hill Valley, he followed Biff into the Brown's secret control room and confronted Edna. Emmett heard everything, however, she convinced the guards that both Marty and First Citizen Brown suffered from delusions and scheduled them for the same brainwashing treatment that Biff had undergone.